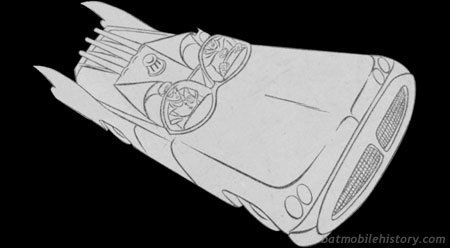 Another coloring book Batmobile appeared in 1967. Among the drawings of Batman, Robin, and their heroic deeds was this action shot of the Batmobile leaving the Batcave. Like most merchandise of the time, it was based on the TV series design. Unlike those, however, it had quad headlights, a streamlined nose and hood, and the beacon had been relocated between the rear canopies.

The art is somewhat inconsistent, however (or, it has been a particularly rough night in Gotham): when the Dynamic Duo return at the end of the book, the Batmobile is missing one of its rocket tubes, the grille surround, and two of its headlights: 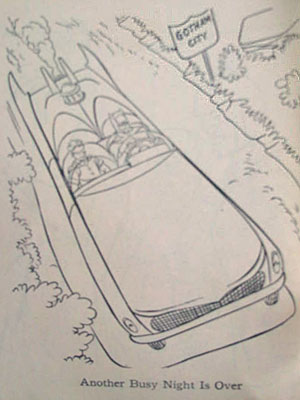