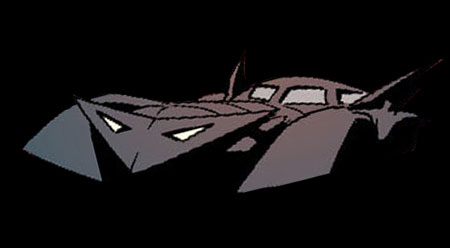 Two-Face's "New 52" origin is filled out starting in issue #24 of Batman & Robin, with the storyline "The Big Burn." The issue starts with an early morning in Gotham City, as Harvey and Jim Gordon are starting their days while Batman is finishing his night. This Batmobile is briefly glimpsed returning to the cave, it's design a combination of Batmobiles from Jim Lee and Greg Capullo. It is further used in issue #28, where Batman is using it to get to Two-Face before he is killed by Gotham gangsters. When Irish mob boss Erin McKillen fails to tell Batman where Two-Face is really being held, he deposits her outside of GCPD headquarters courtesy of the Batmobile's ejection seat. It was used again in Batman & Robin #39 when the duo are in pursuit of some thieves who have made off with military prototypes.