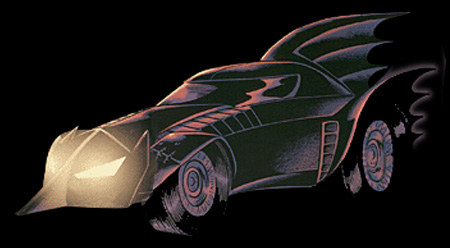 Batman & the Mad Monk picks up shortly after Batman & the Monster Men; this time pitting Batman against an enemy that first appeared in comics back in 1939. The Batmobile is an updated and upgraded version of what appeared in Monster Men. The main difference is the addition of various Bat-themed accessories: three fins now appear on the roof and rear fenders, and a large mask has replaced the previous nose guard. Otherwise, the underlying car is identical to its predecessor.