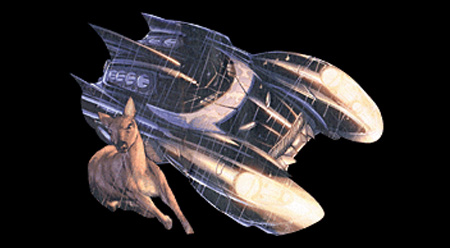 A third Batmobile was introduced in issue #9 of DC All Star Batman & Robin: The Boy Wonder. It only appeared for a single spread after Batman & Robin's meeting with Green Lantern, so no specific details of the car are available. It does confirm a couple of trends in this comic, though: first, Batman would do well to install wipers on his Batmobiles, as he is always driving around in the rain (actually, Batmobiles in the rain seem to be a Jim Lee tradition). Second, the number of fins corresponds to the design phase: every new car that shows up so far has one more fin than its predecessor.