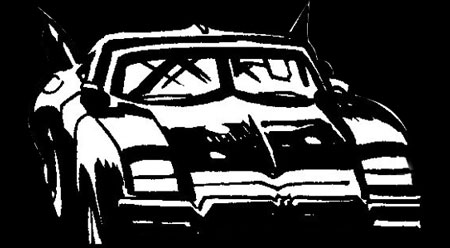 A new 6-issue Batman: Black & White launched in late 2013, and like the first series it was made up of all-new stories. One of those was "Head Games," in which Batman is tracking the murder of several "Under Bosses" who were responsible for the (temporary) destruction of Scarface.

This Batmobile appears several times in the story as Batman travels from the Bat Cave to the crime scenes and finally in preparation of returning to important business as Bruce Wayne. The general shape is remeniscent of the 1996 Batmobile, though this design is somewhat less aggressive.