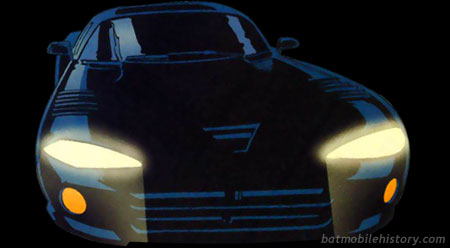 After his group from the Order of St. Dumas is destroyed, Jean Paul Valley returns to Gotham as the only place he can still call "home." Batman does not wish to take him in, but does accept Alfred's suggestion that Azrael go investigate rumors of Vampires preying on homeless people downstate. He offers "one of the cars from the garage...one of the new ones" as transportation.

The car Azrael chose was a second generation Dodge Viper GTS. Aside from a phone and Bat symbol on the rear fascia, it appears to be relatively stock. It does not appear to have any of Batman's usual security features - in the following issue, Azrael discovers that it has been stripped of everything useful by a group of car theives he had previously chased off. 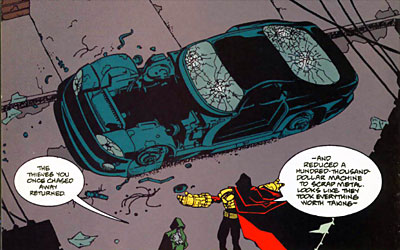