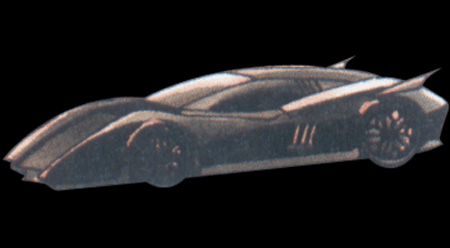 Joker's Asylum is a series of one shots featuring the Joker introducing story about a different Batman rogue in each issue. As such, Batman is almost a peripheral character and his arsenal is relegated to set dressing. For a scene in Joker's Asylum: Poison Ivy, this low-slung sports car was parked in the background of the Bat Cave. Its design was loosely based on the Lamborghini Murcielago, as a nod to the car's name meaning "bat" in Spanish.