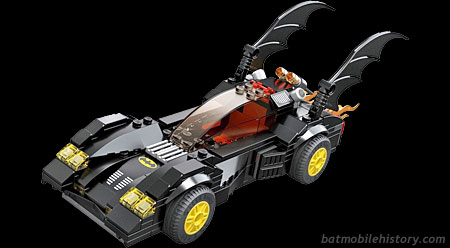 In their follow-up to LEGO Batman, DC Superheroes Unite, Batman recieved an all-new Batmobile to take to the streets of Gotham. It was a lighter, taller design with more obvious weaponry mounted behind the cockpit. In addition to the game, it was featured in the movie version of LEGO Batman: DC Superheroes Unite and had an official set with a tie-in comic from LEGO.