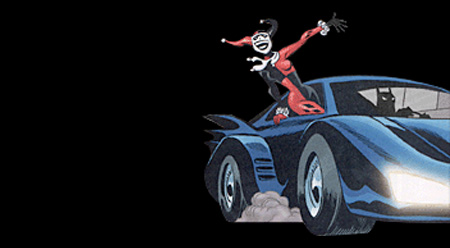 Countdown, like 52, stayed away from the "big three" for the most part. A Batmobile was able to sneak in for issue #10, in the backup "Origin of..." In this case, the subject was Harley Quinn and the Batmobile was shown in the final panel as Batman brings her back to Arkham yet again. Unfortunately, the car is essentially cut in half by the edge of the panel, but enough is visible to show that this is not an existing design (it appears to be a refinement/re-imagining of the car that first appeared in Batman a couple of years prior).