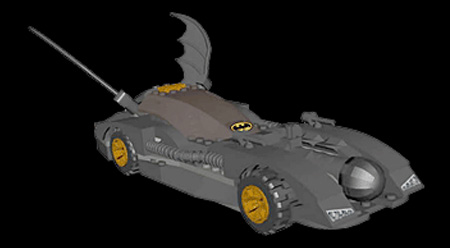 LEGO first started releasing Batman-themed sets in 2006, including set #7781, "Two-Face's Escape" featuring the first official LEGO Batmobile. That design was used for 2008's LEGO Batman, a video game based on Batman in a world made of LEGO bricks. The Batmobile to be used in the game is essentially the car that came in set #7781, although it has been modified to include a pair of guns in the front fenders, similar to the machine guns used in the 1989 Batmobile.