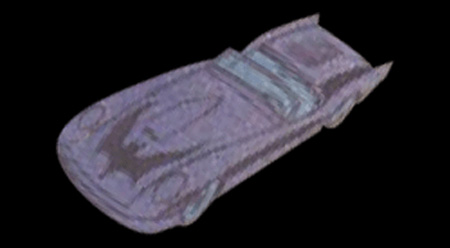 Irv Novick debuted a new roadster Batmobile in Batman #226, with Alfred at the wheel after Batman's vision was damaged thanks to an explosive safecracking attempt. The finned sports car design appeared several more times over the next year, although the bat emblem on the hood varied to include the above design, the older "pentagon" bat head, and the "modern" rounded design. It also sported a removable hardtop for winter driving.