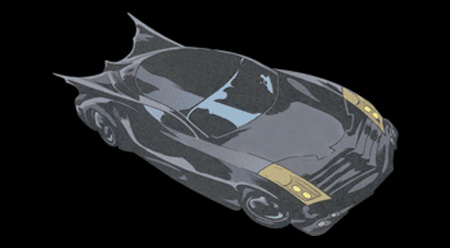 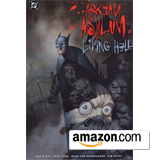 Arkham Asylum: Living Hell is not really a Batman story. Instead, it focuses on a plot within Arkham Asylum and an unwilling new character/villain Perry "The Great White Shark" White. Batman does make a couple of appearances during the story: once to reveal and capture Jane Doe (who had been impersonating and Arkham employee), then again near the end of the story after the Joker has escaped. The latter appearance also includes this Batmobile. It's design is fairly subdued for a Batmobile, with only a small pair of fins and a nearly invisible bat silhouette cut into the leading edge of the hood. Nothing about the car's abilities appears exceptional, either. The only notable technique it really displays is it's ability to hit the Joker head-on at speed without suffering damage or killing its target.