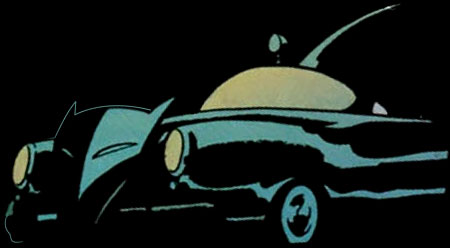 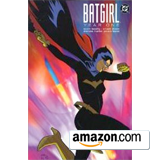 Batgirl: Year One told the story of how Barbara Gordon became Batgirl, including her first meeting with a less-than-enthusiastic Dark Knight in chapter 4's "Cave Dwellers." That meeting took place at the Bat Cave, where Batman stressed the importance of his mission and why she was not cut out to join the team.

The above Batmobile was shown as part of the overall cave setting. It is strongly based on the "Bubble Dome" Batmobile of the 1950s, though this version appears smaller and does not appear to have the large crime lab in the rear of the vehicle.