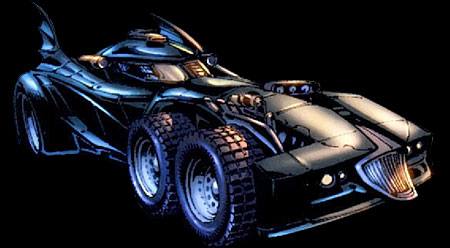 As Batman lays out the groundwork for his new endeavor "Batman, Inc.," he briefs his team in the Batcave. This Batmobile is shown on one side of the cave among other cave features (including the Batplane, computer, and trophy room). The aggressive design is reminiscent of the Tumbler, though the large rear fenders, six-wheel design, and rear fins are similar to the Child of Dreams car. The pipes visible above the front wheels suggest a V-8 engine.

The design reappeared in Batman: The Dark Knight; first in the cave, then on the street where its security system is hacked and disabled before it is stolen. It later appeared in the video game Injustice: Gods Among Us, where it was used as Batman's Super Move. Once activated, Batman sends his coordinates to the Batmobile and leaps out of the way as it roars onto the stage and hits his opponent. 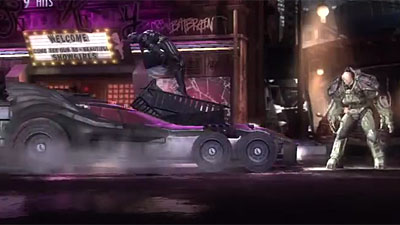