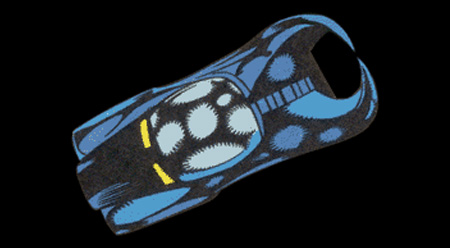 In "God of Battle," a gang war began gearing up thanks to a young new gang leader known simply as "The General." As things progressed, and Batman began pushing himself further and further, he eventually got wounded in the line of duty. This Batmobile appeared in "The Anvil of War," first bringing the wounded Batman back home, then later acting as transportation as Batman followed the trail of The General.

Though it shares many features with the other Batmobiles of the time, the car has a unique nose with a large "snout" that evoked early McLaren Can-Am cars.