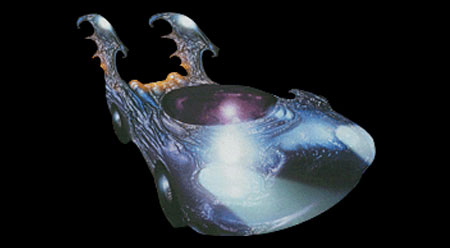 Batman: Secrets explores the relationship between Batman and the Joker. Kieth's art is very stylized (similar to Dave McKean's work in Arkham Asylum), and the Batmobile is no exception. With an iridescent body that looks like liquid metal and sytlized wings flanking the jet exhausts, it is an unusual mix of organic and mechanical design. No real performance features were shown, however.