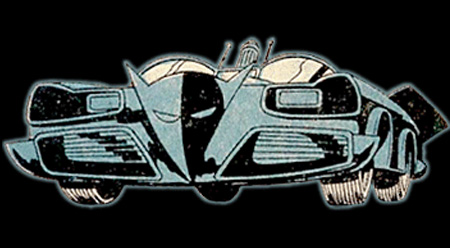 Another variation of the Futura Batmobile appeared in "The Curious Case of the Crime-less Clues," used as Batman tracked down a criminal who nearly killed Robin. Although much of the design followed the standard comic version of the Futura, a few details have been changed. These included wider rockers, larger fins, and, most notably, a separate Bat Mask been added to the nose of the car between the grille openings.