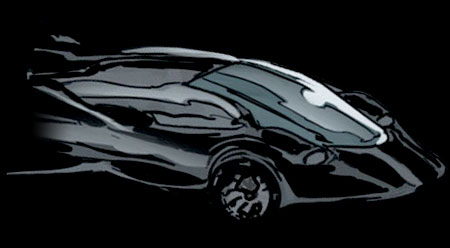 In the twelfth installment of Batman Eternal, Red Robin has just had his first encounter with Harper Row and goes to Alfred to find out more about the future Bluebird. As Alfred takes Tim to the Batcave, they walk past this Batmobile parked next to the car from Arkham Asylum. Unlike that Batmobile, this one does not appear to be based on a previous design, though it uses many familiar design cues such as its sleek fuselage, domed canopy, and long fins.