Batman "Stop Me Before I Kill" 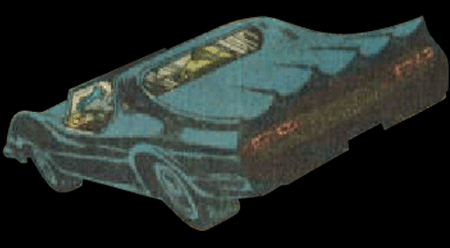 Ernie Chan further developed the roadster in Batman #278 by adding a recessed rear window and bringing the roll bar up to the same height as the widshield. The result was a car not unlike the Corvette roadsters of the late 1960s/early 1970s. The "cape" across the rear deck remained, as did the small headlights and yellow oval bat emblem on the hood. It's use in the issue is primarily limited to transportation for Batman and Inspector Clive Kittridge, though an early scene in the comic demonstrates the Batmobile's tough armor plating when it easily shrugs off a collision with a hijacked cargo truck.